Blender 2.8 has been released over a year ago, which had a a major overhaul in its design appeal, primarily in UI sector. Since then I've seen numerous artists switching from mainstream 3D Animation packages and experimenting with Blender. The results have been quite impressive.

As everybody knows the key aspect of Blender is it's unbeatable price of a total zero, but lots of major companies are pouring sponsorship money in its development. There's still a ways to go and many features need to be implemented, but as far as I can tell it has a promising future. One of the more interesting upcoming features which I'm excited about in Blender is the node-based modeling (or procedural modeling), the ingredient which Houdini (software) has been known for quite some time.

Learning new software can be quite a challenge for many people, since the workflow, navigation and tools location can drastically vary. Nevertheless I finally decided to dedicate some time to learn Blender a little more intimately and of course what better way to start the journey than the infamous "Donut" tutorial by Andrew Price (aka Blender Guru). It was certainly painful at first even to navigate the space, but by the time I finished the series, I was way more comfortable with it. There are lots of interesting tricks that I picked up from completing the lessons. One of the most interesting features I found was the  "Solidify" modifier, which I have not seen before in other packages, perhaps because of my ignorance (Maya user here). Below is the final render of my result followed by a geeky meme. :) 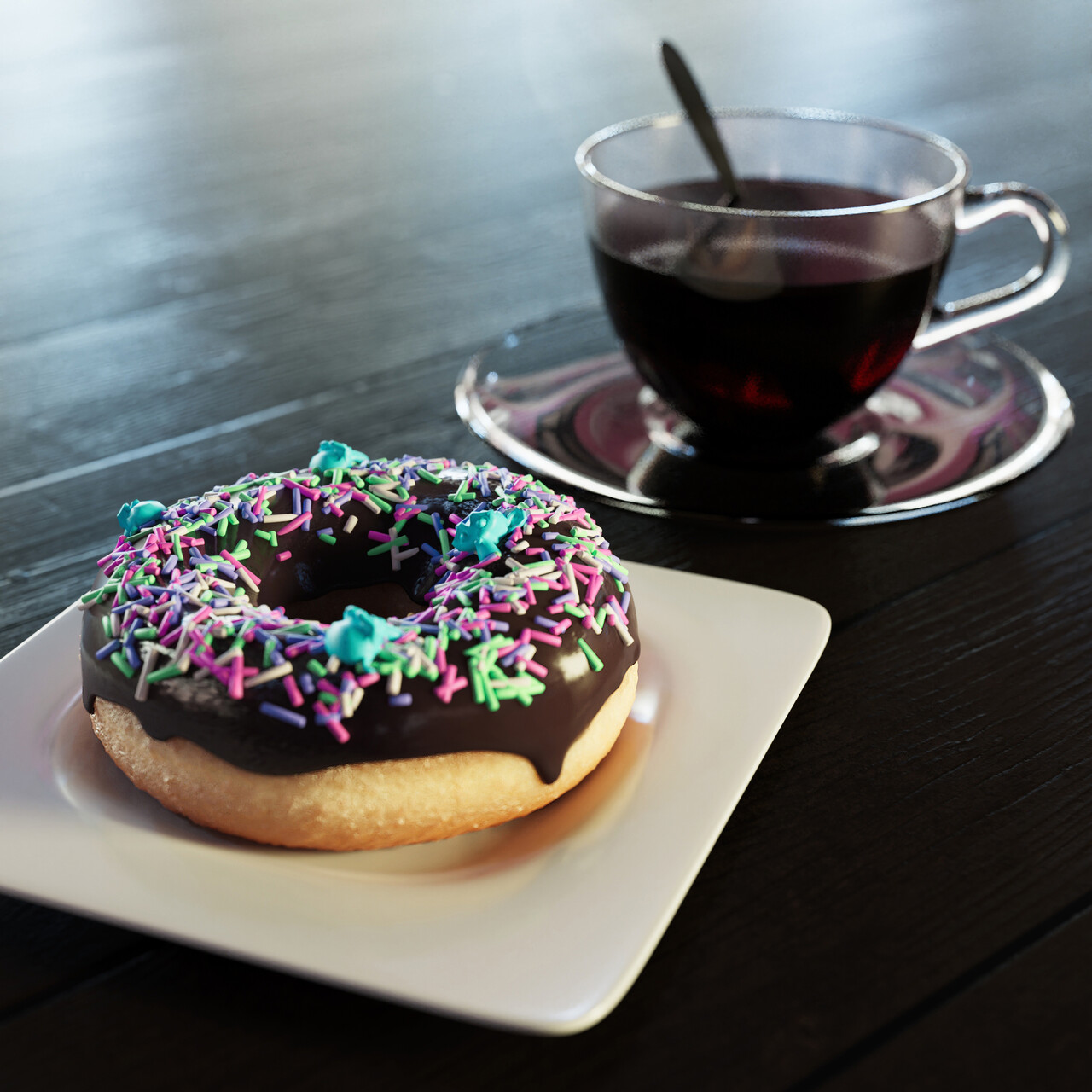 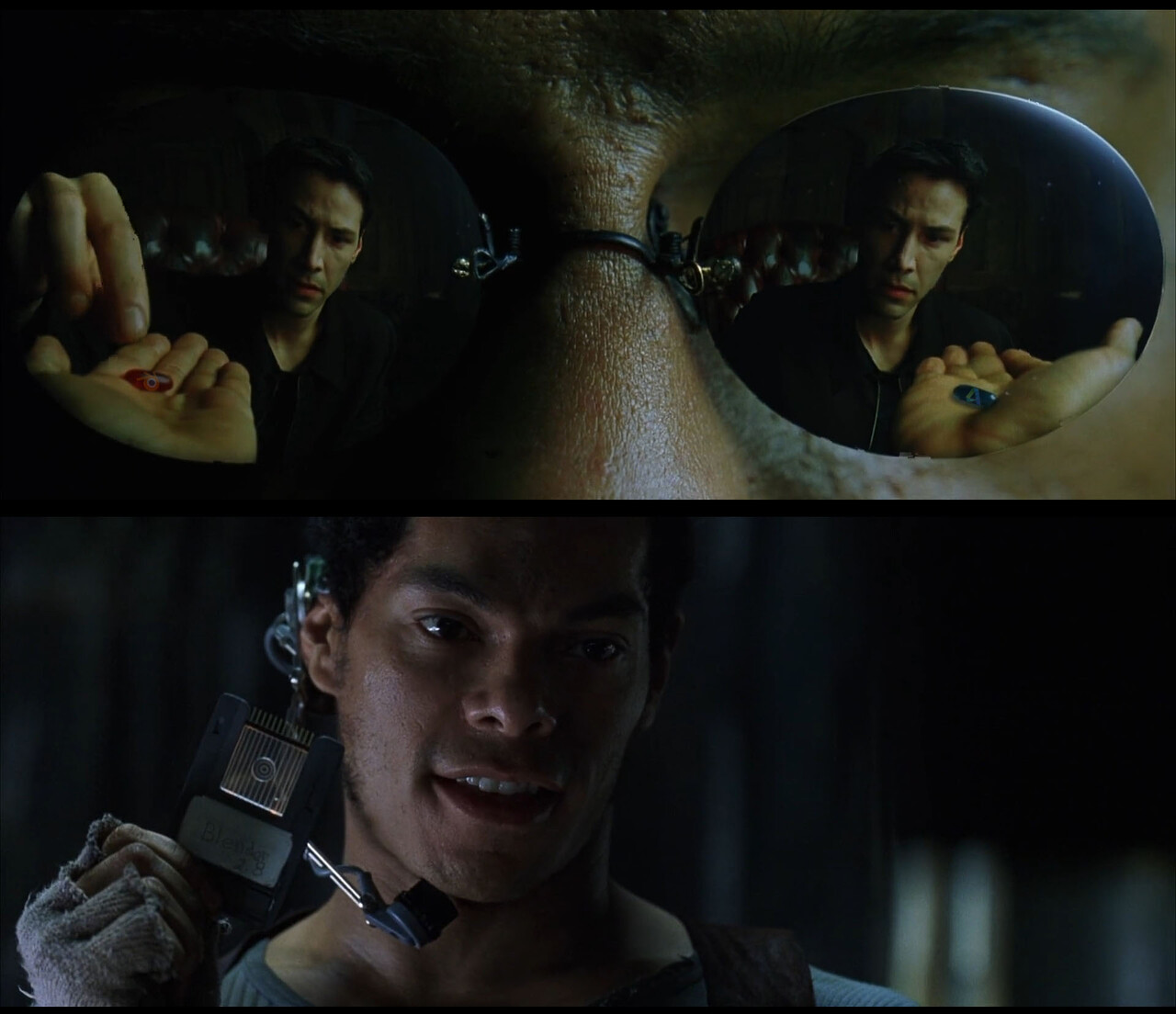 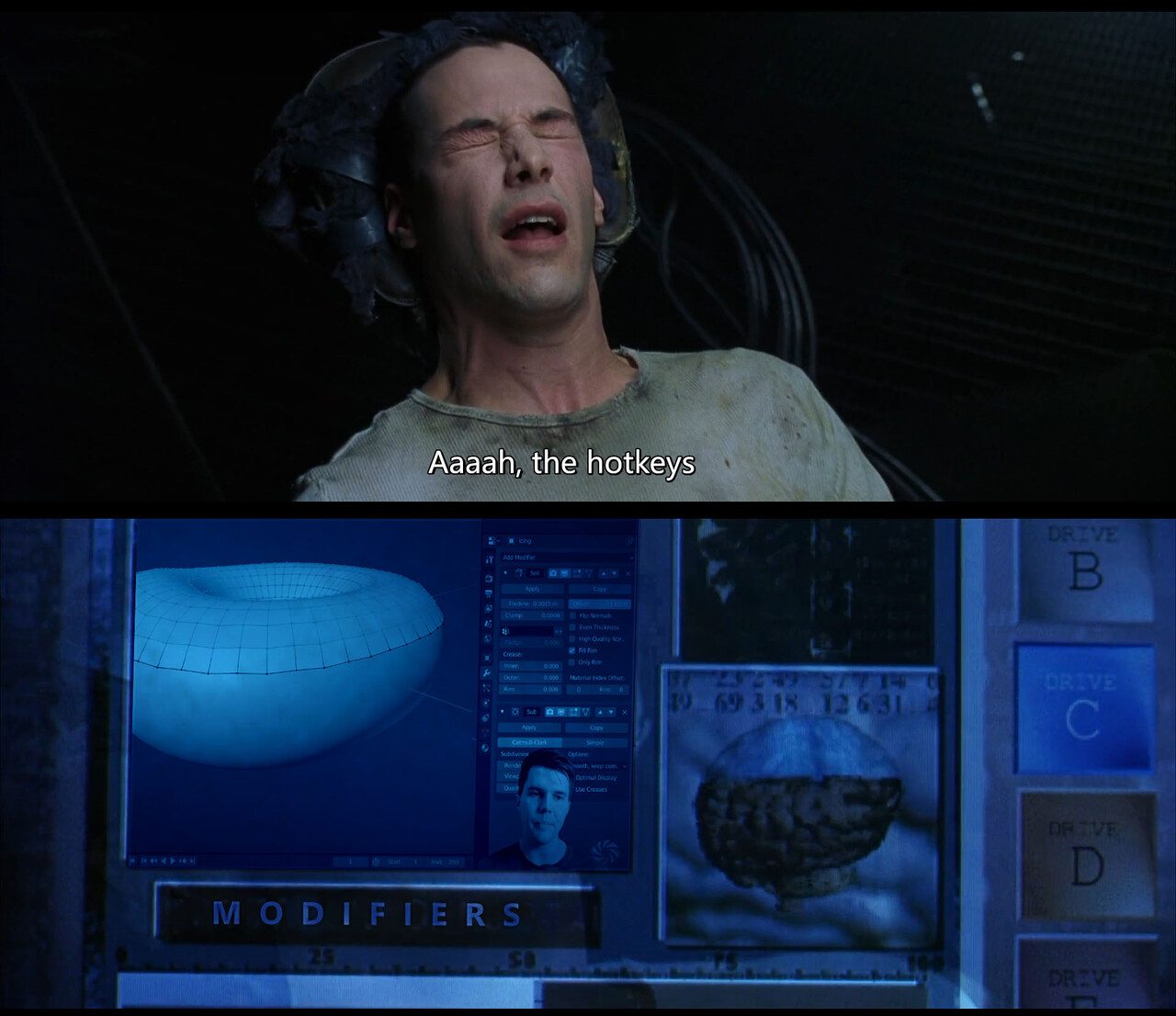 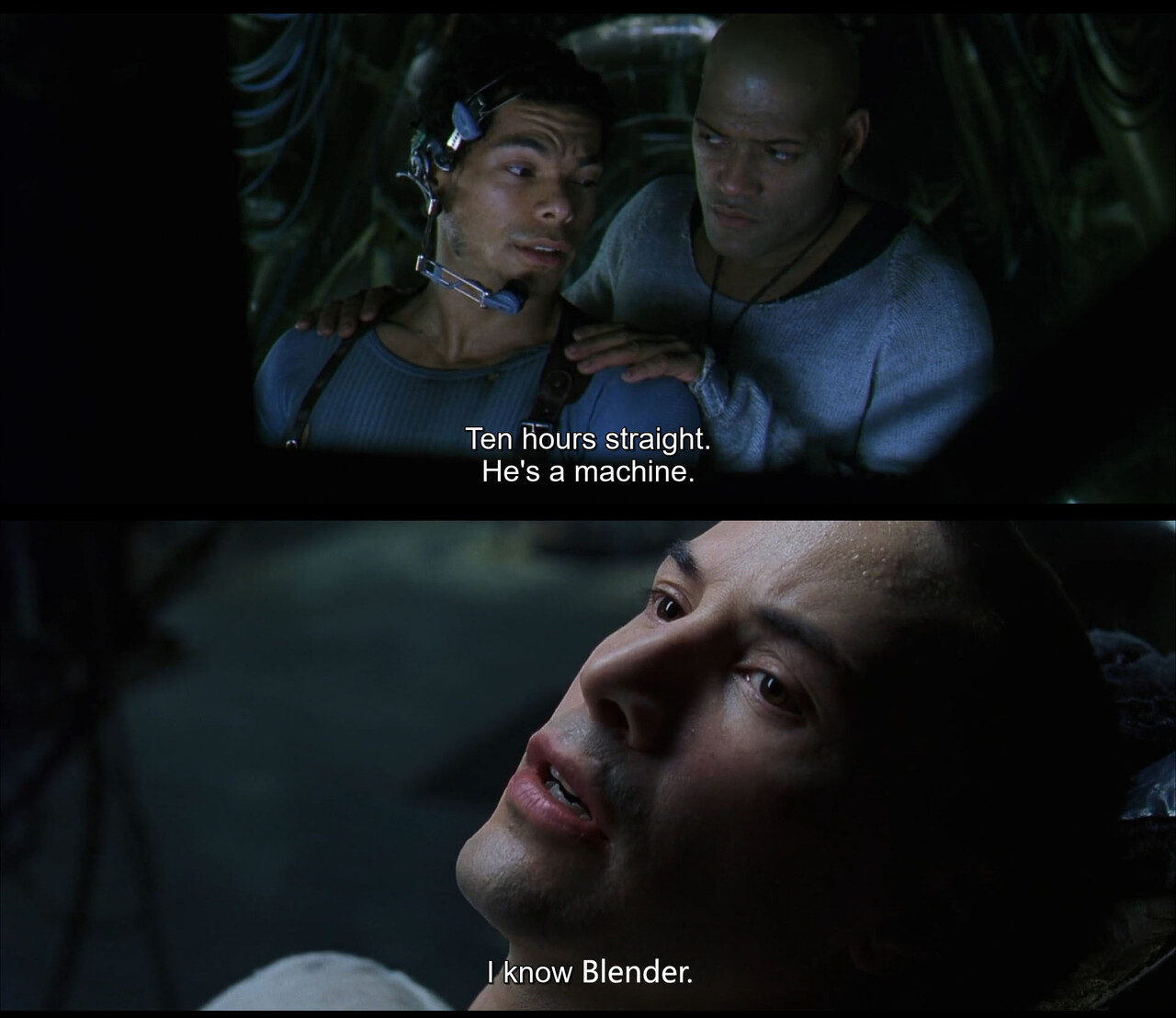 These are real-time hair styles made with alpha card PBR workflow rendered in Marmoset Toolbag3. I've been trying to identify some patterns and similarities which are present in most “straight hair” medium length haircuts. Below you will find the breakdown of the texture map where I fit the most useful hair strand variations. The default color of the texture is blonde, because it's easy to tint it to any color or darken in the engine. All four hairstyle examples use the same texture map. 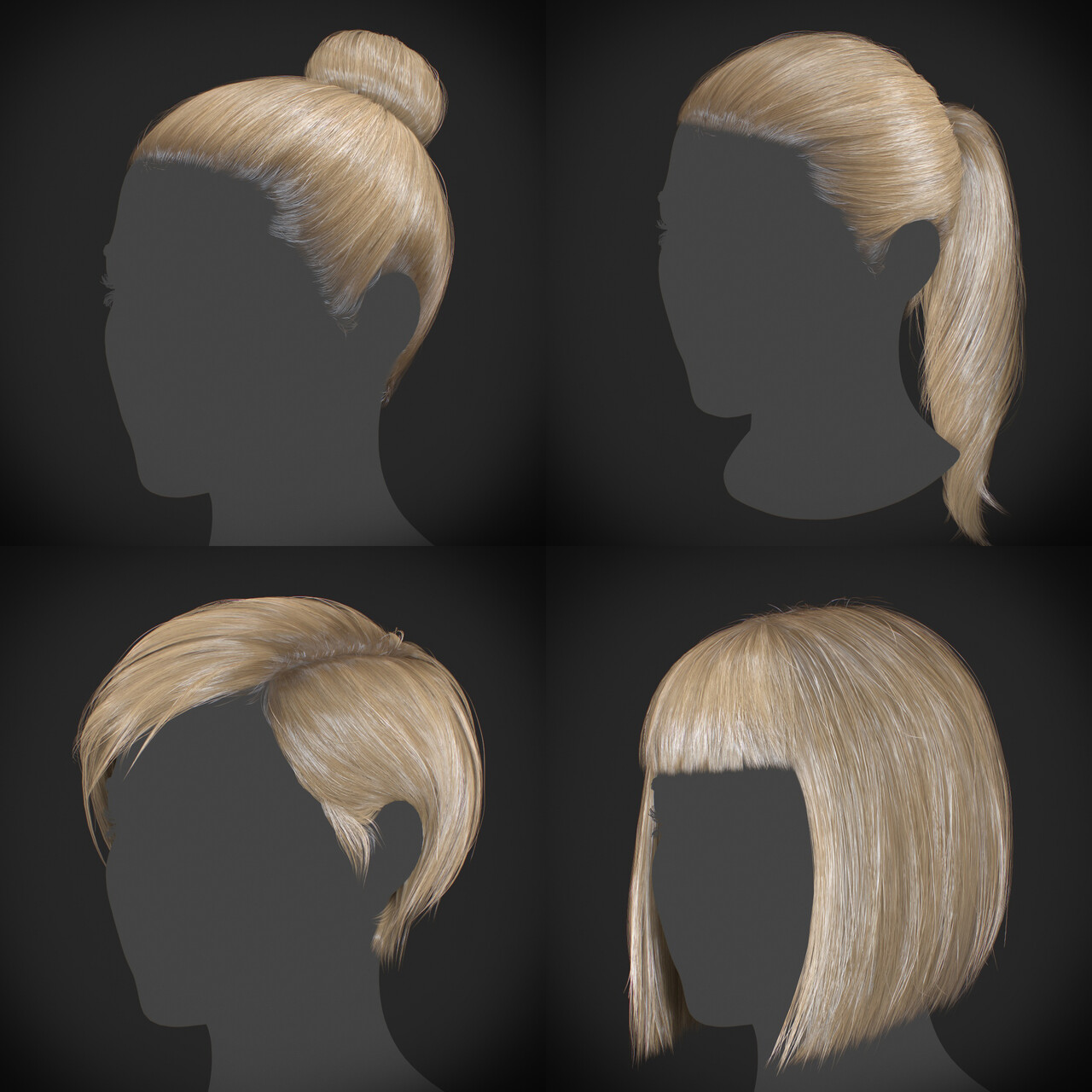 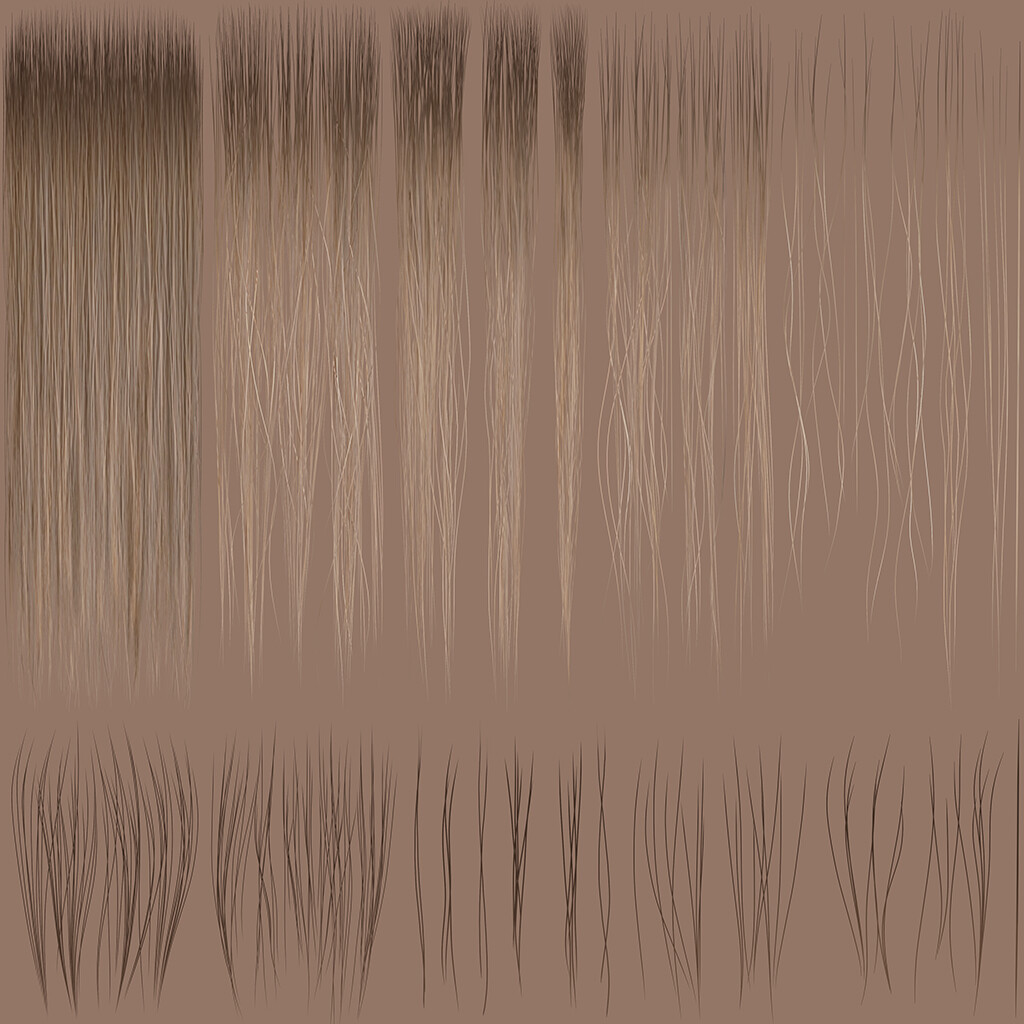 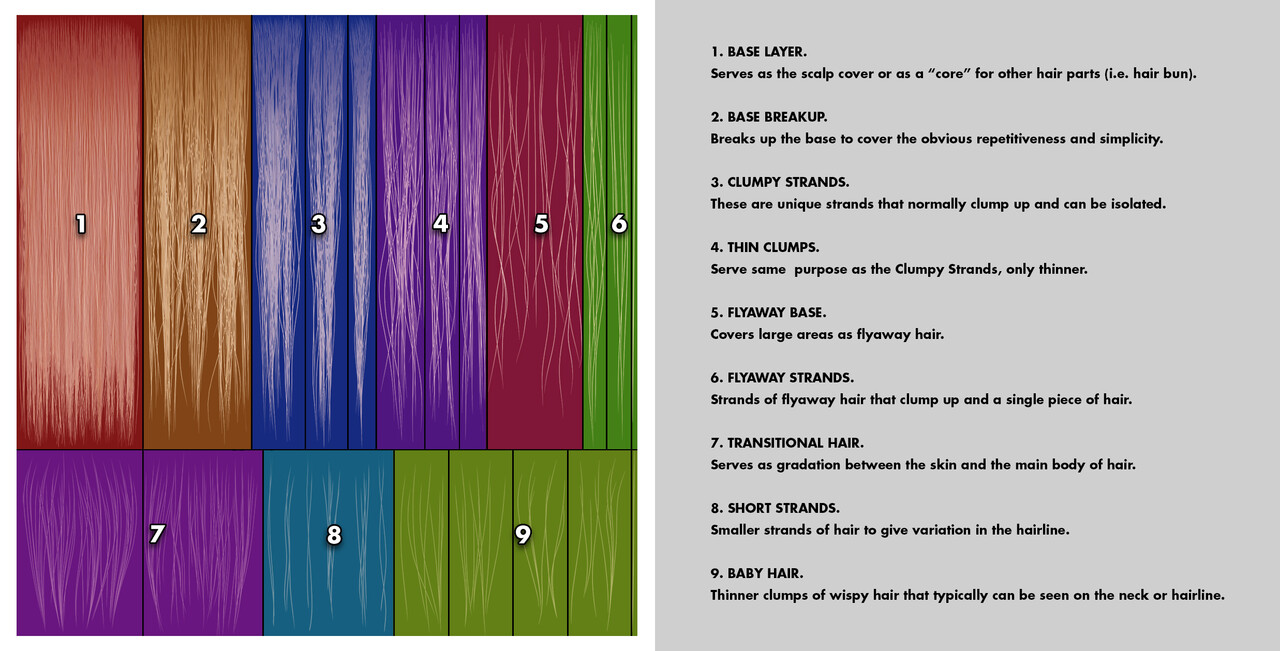 EXAMPLE OF A HAIRSTYLE BUILDUP (*GIF)

Some screenshots from Marmoset Toolbag of the new model. 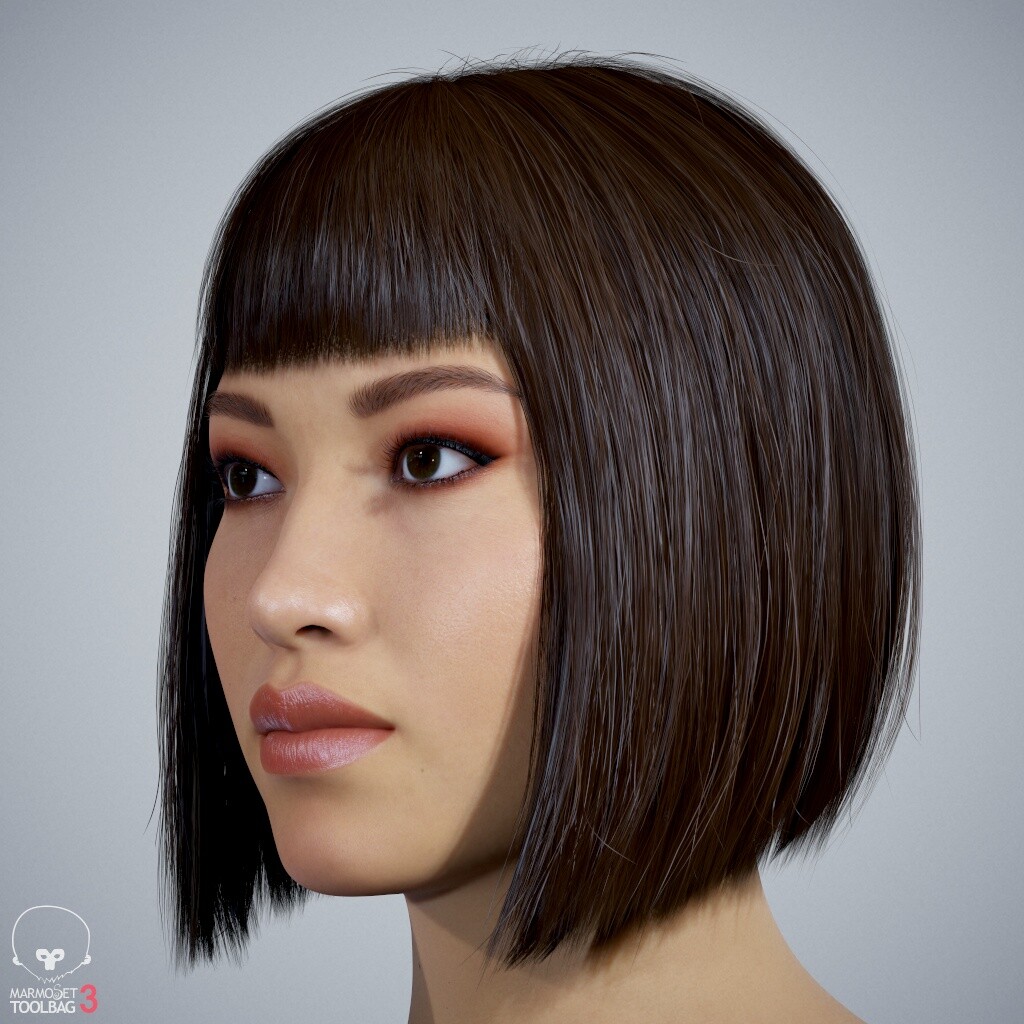 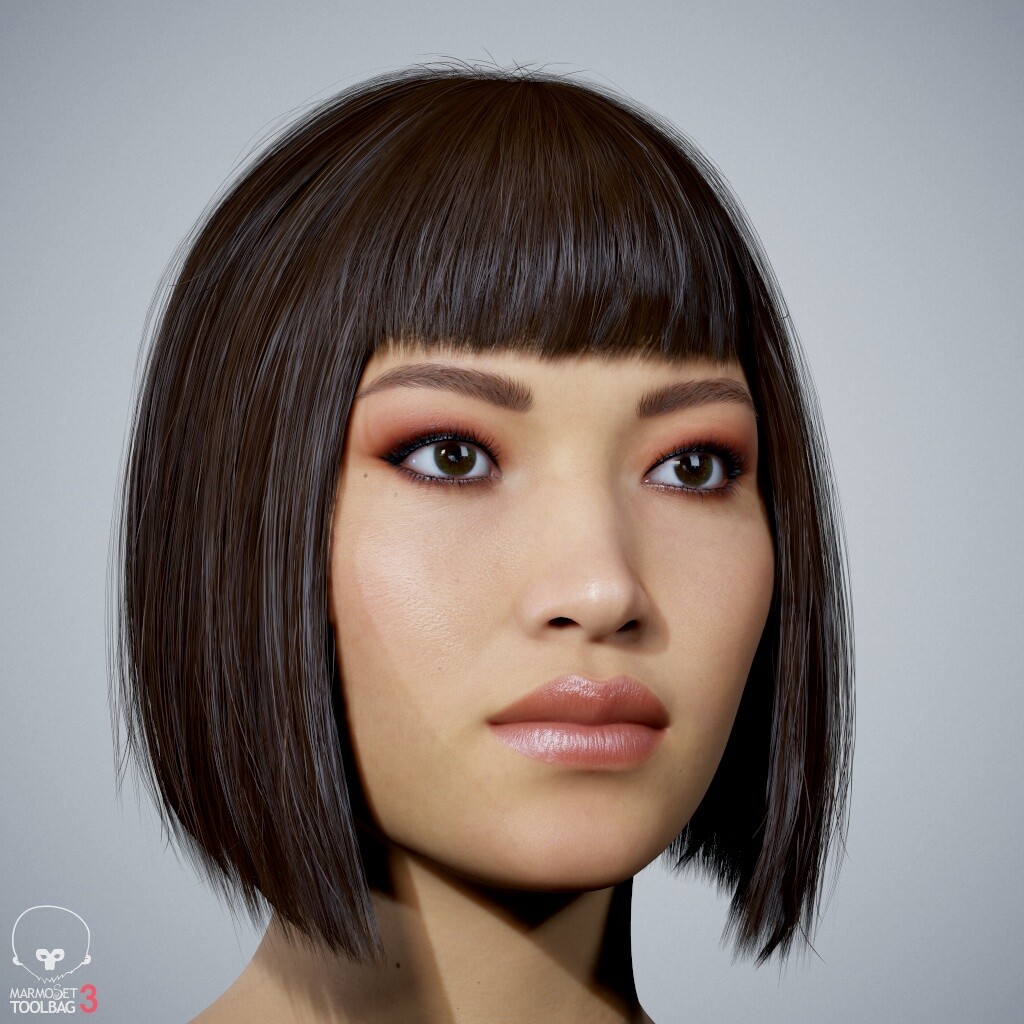 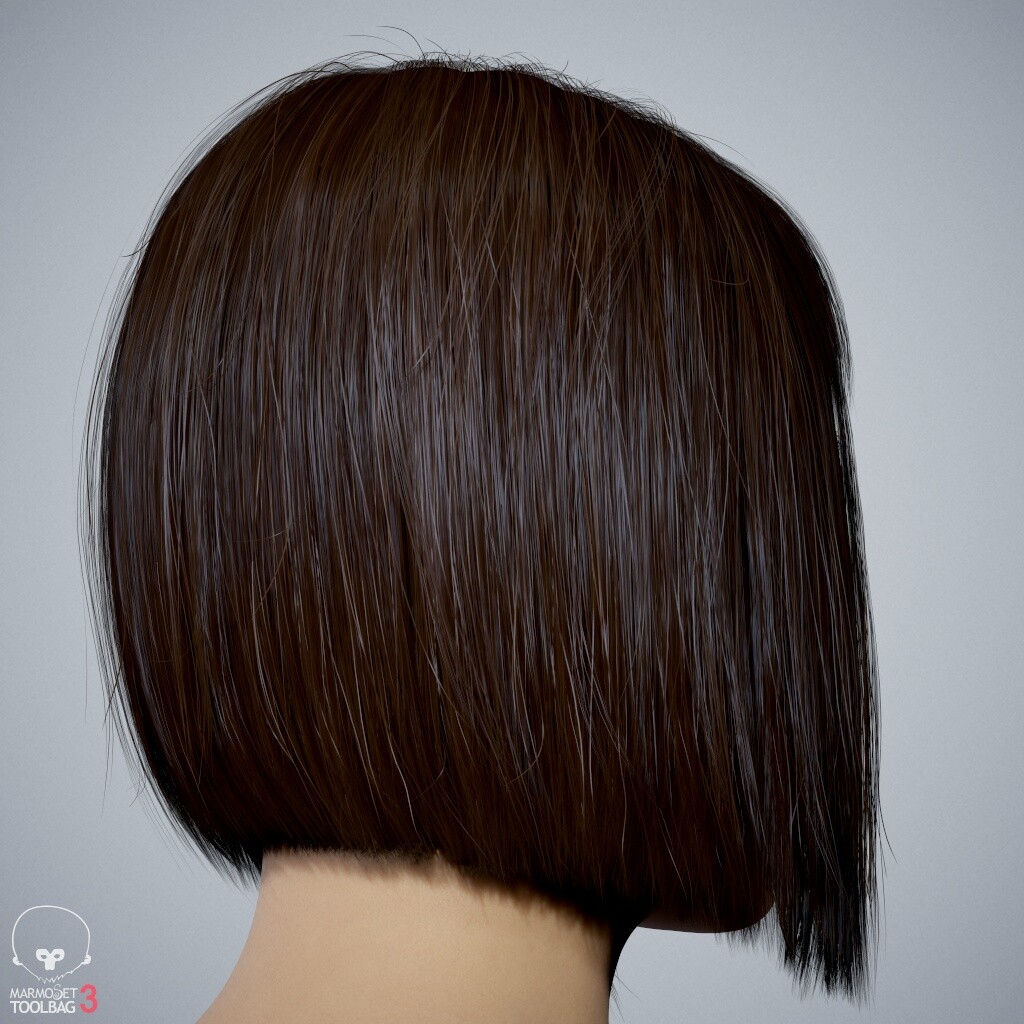 So if you have not guessed by now, the new character is one of the Double Dragons. I made the Battletoad (Rash) model a few years ago and thought it would be fun to make the human character (Billy Lee) as well. All renders are straight from Marmoset Toolbag. 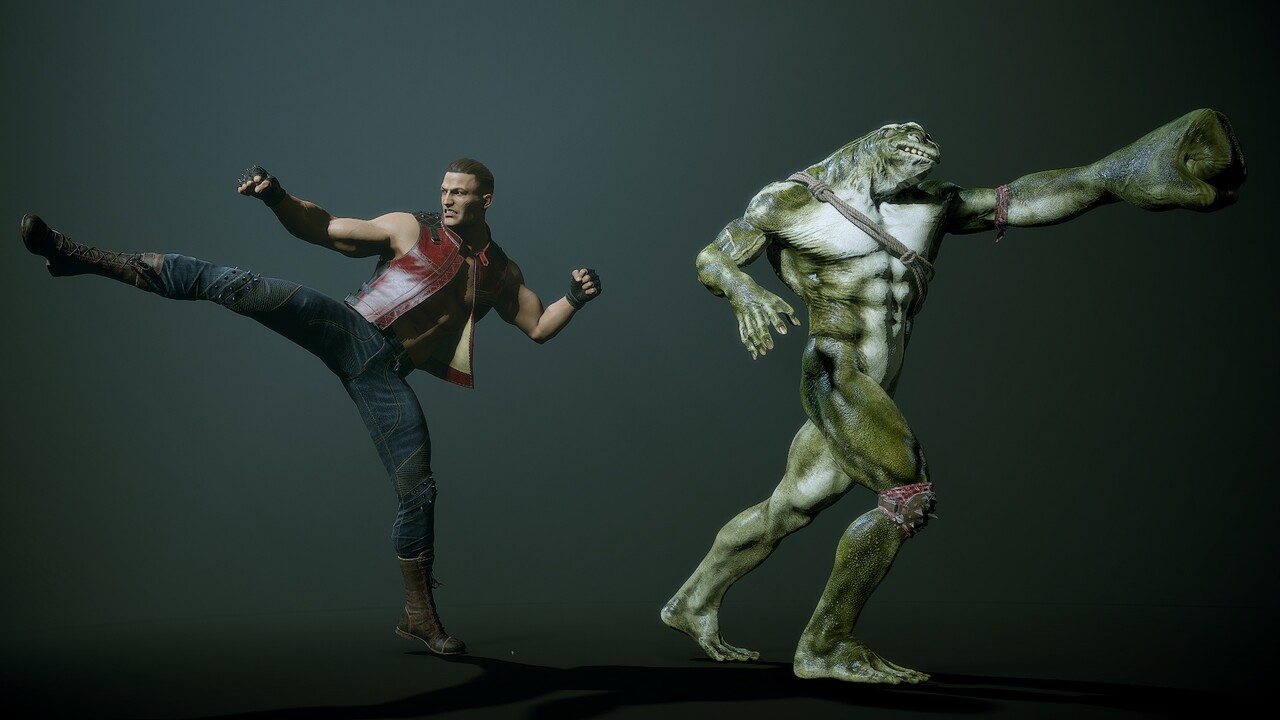 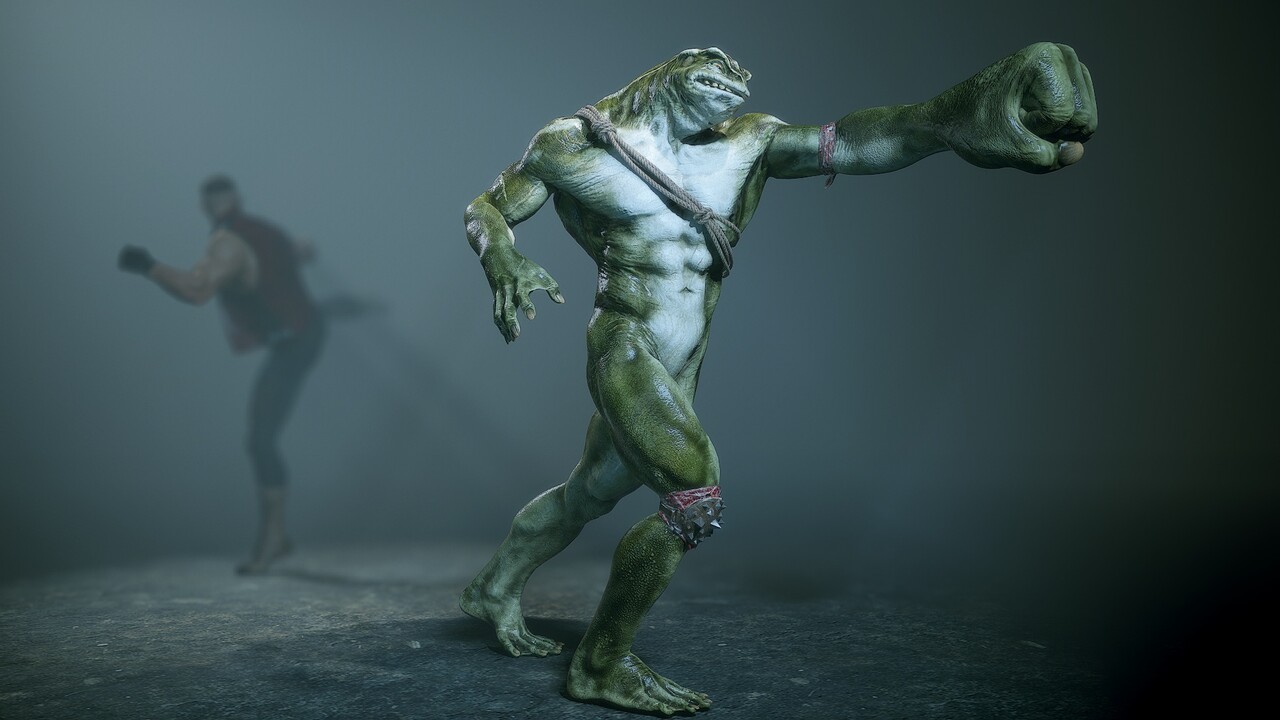 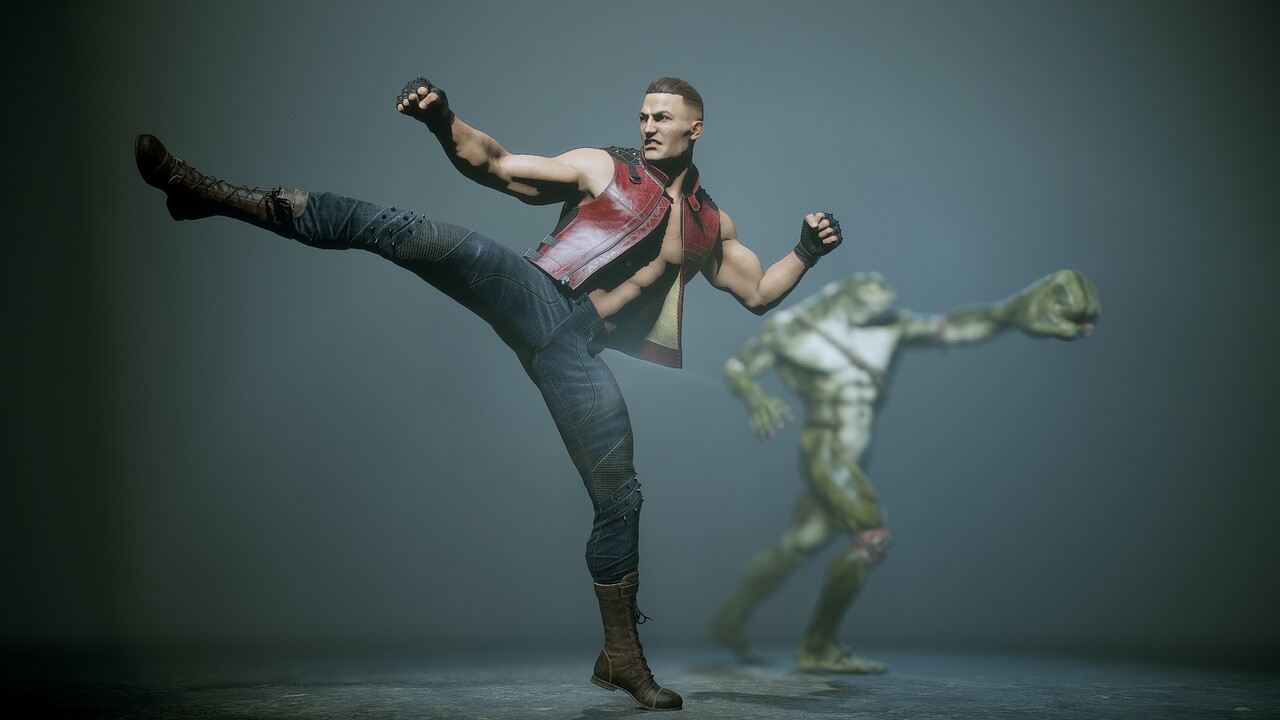 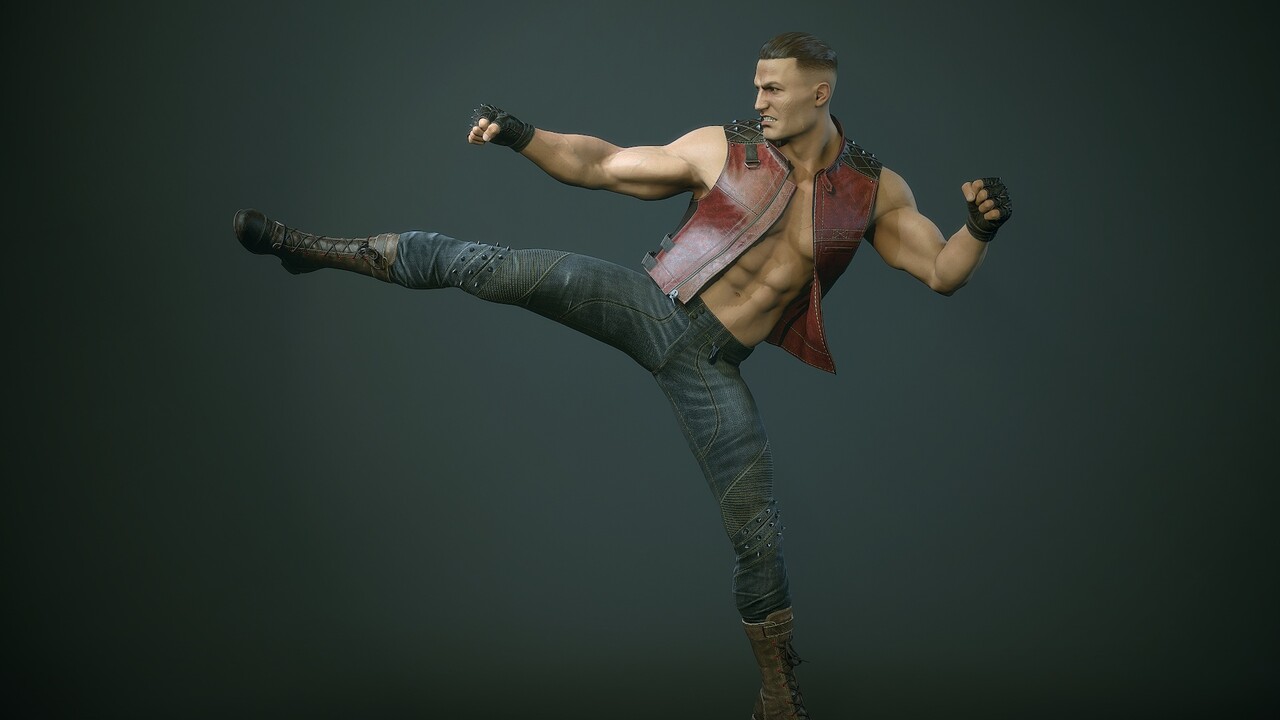 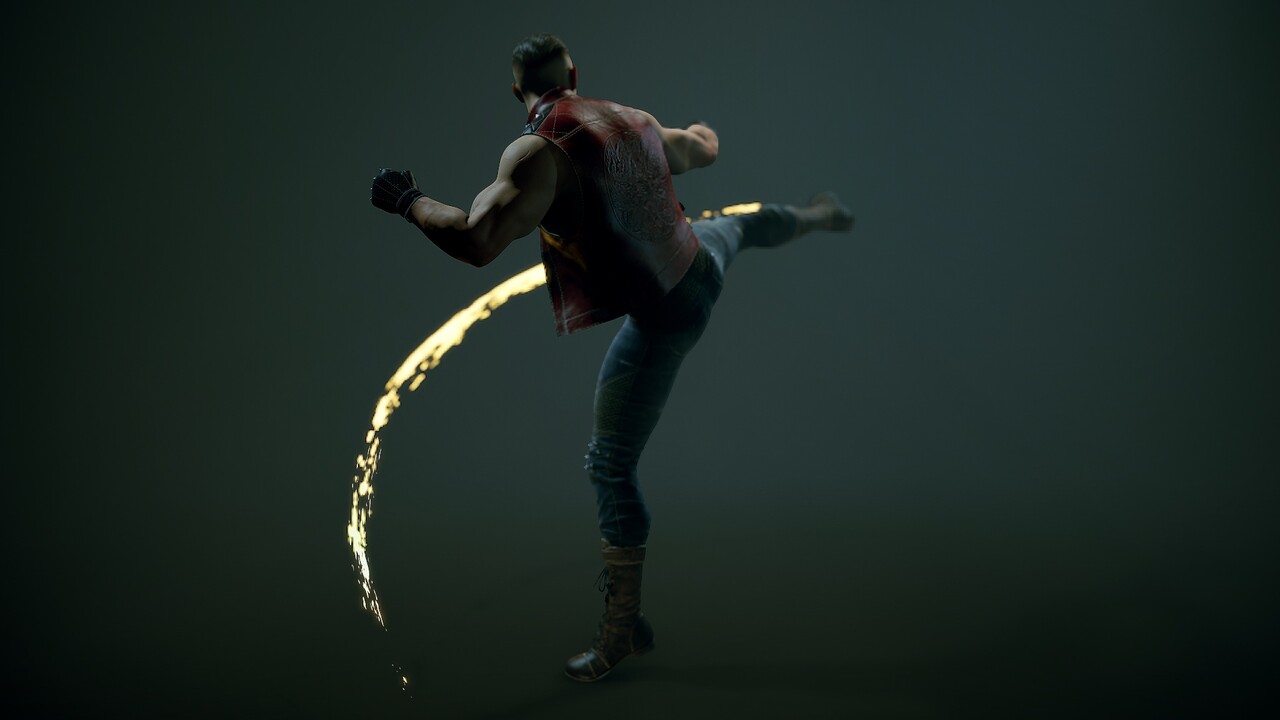 Model and textures are done. Next I'll pose him and upload in the Marmoset Viewer. 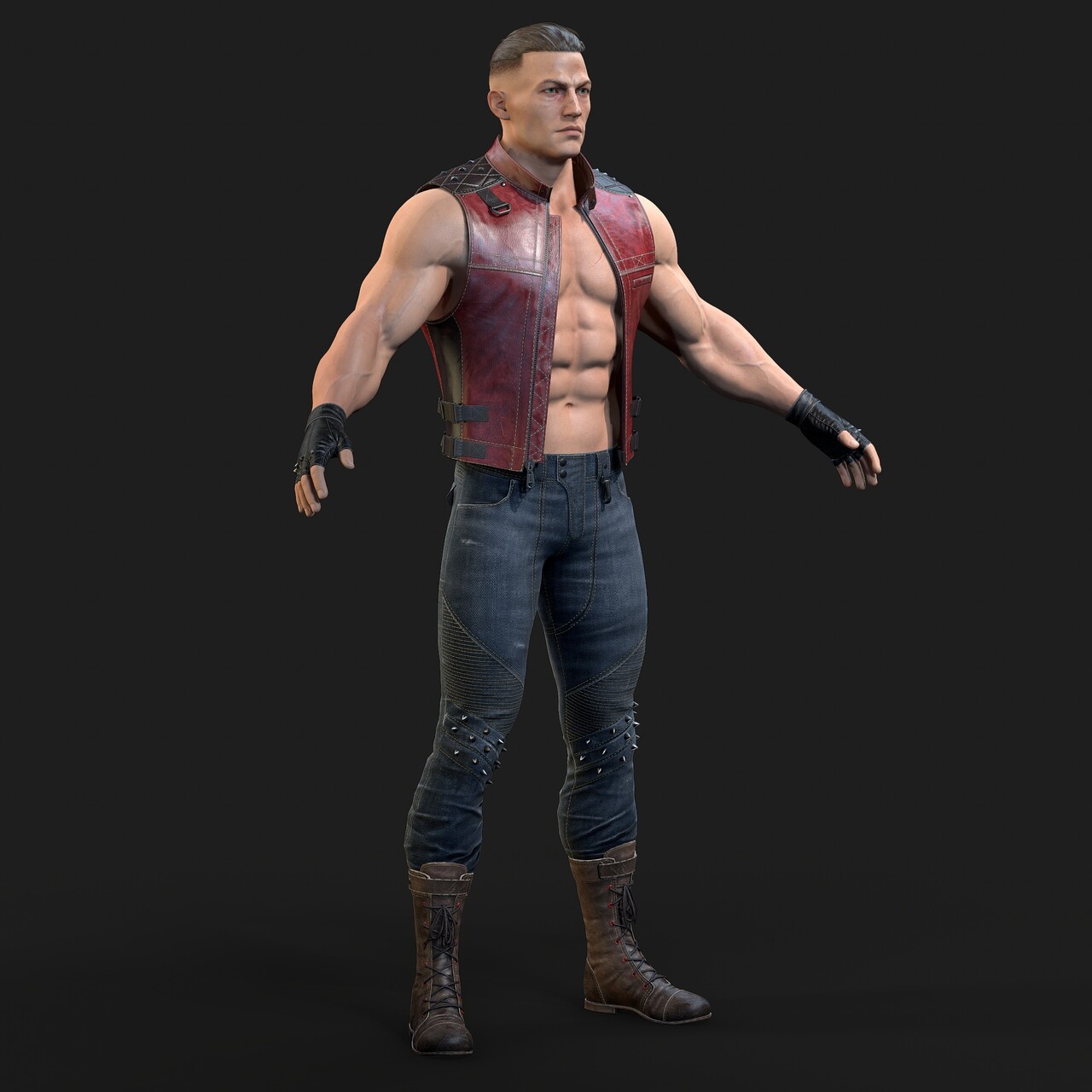 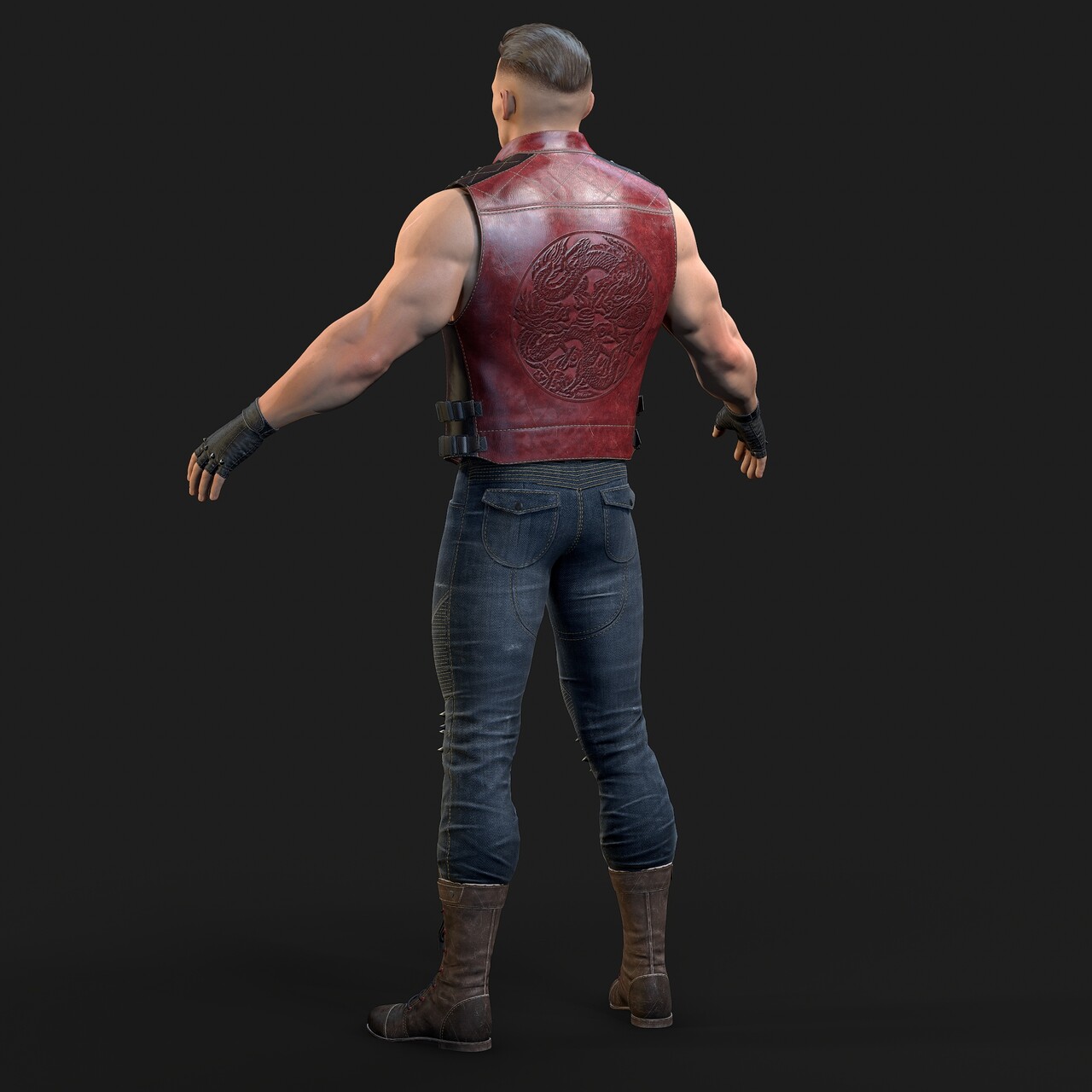 Added the hair and some texture tweaks, especially on the face. Still need to fix gloss/spec maps as well some costume elements. Any ideas, who this character may be? Hint can be seen from the back view. ^_^ 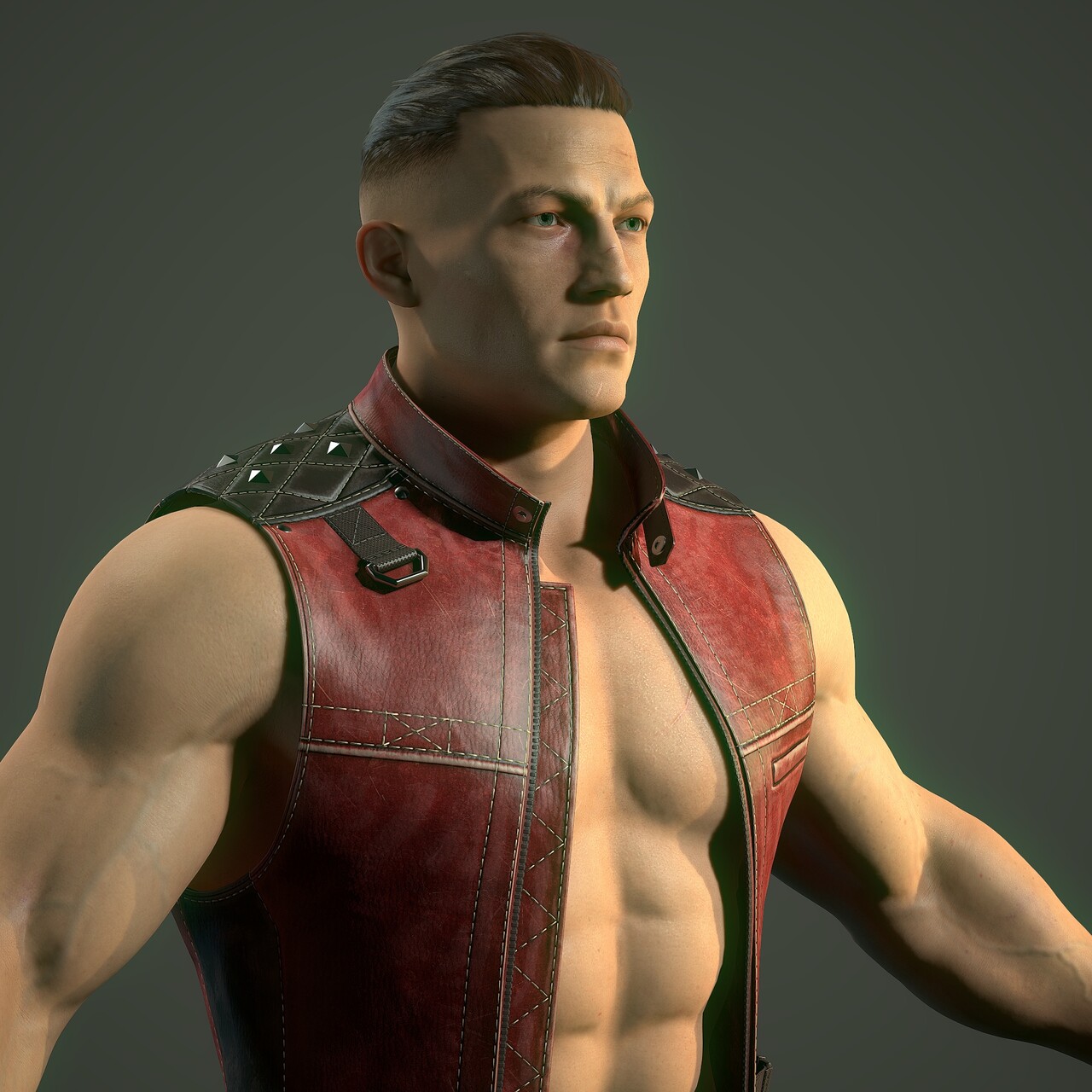 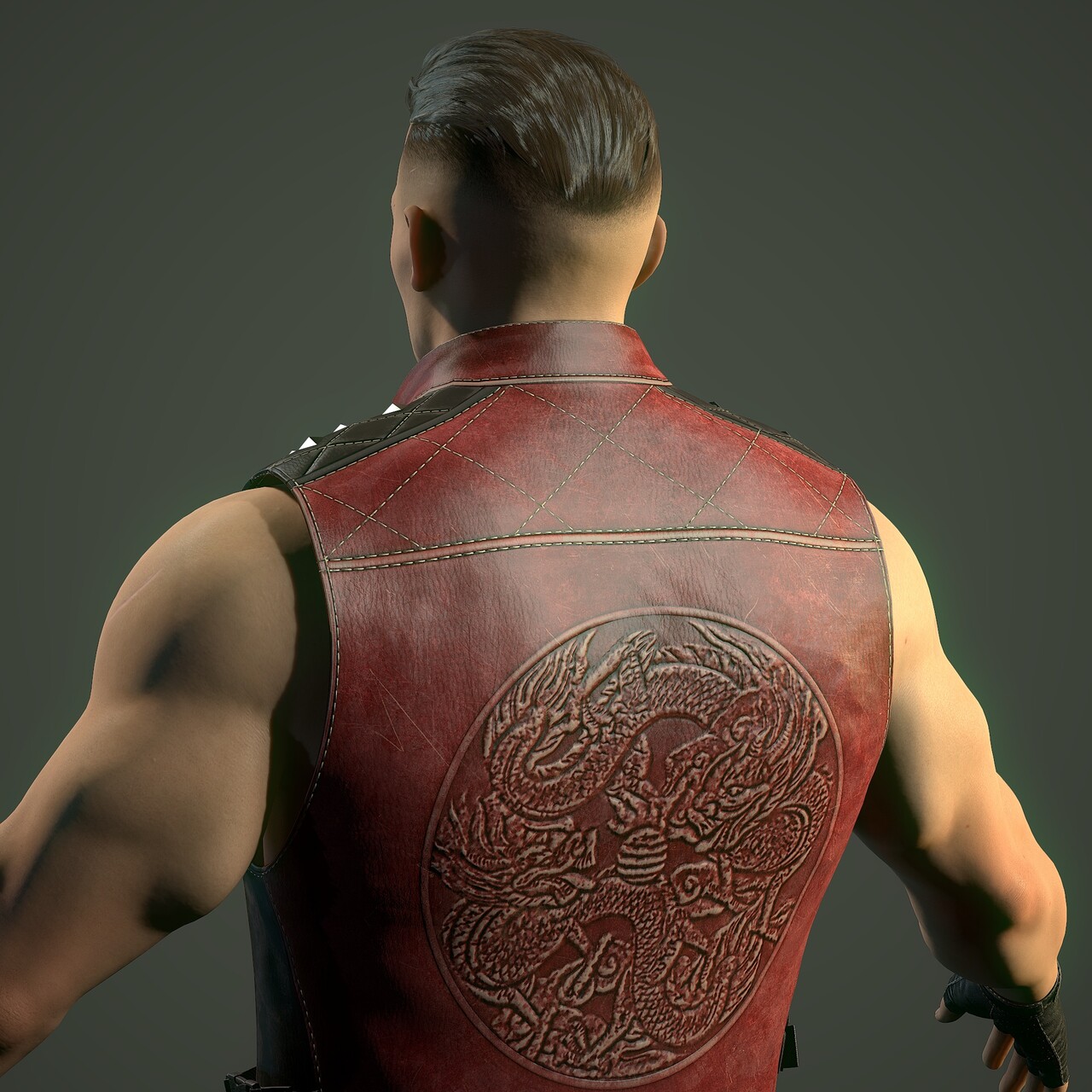 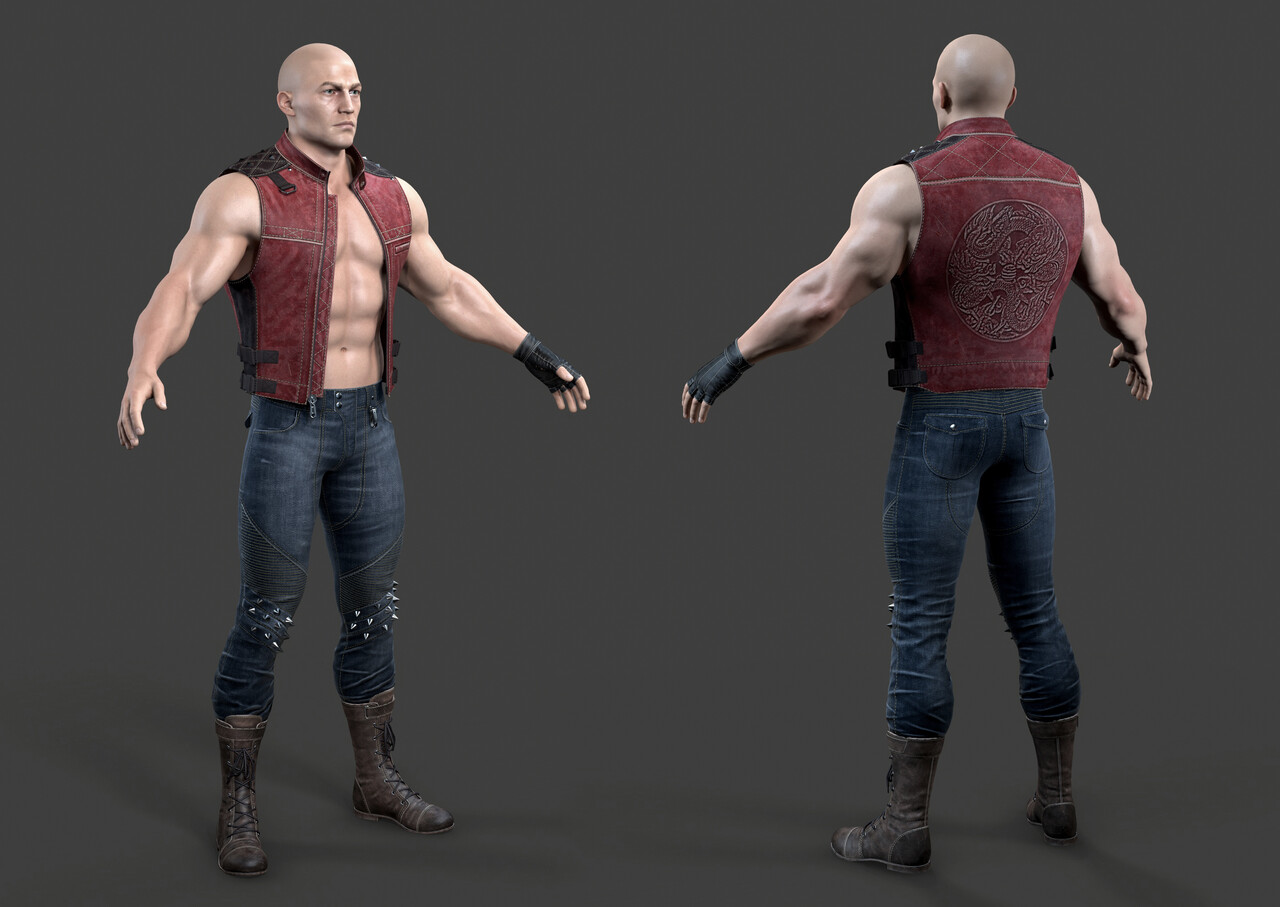 Some details have been added to the vest model via the normal map and below I would like to share how I approached the task. 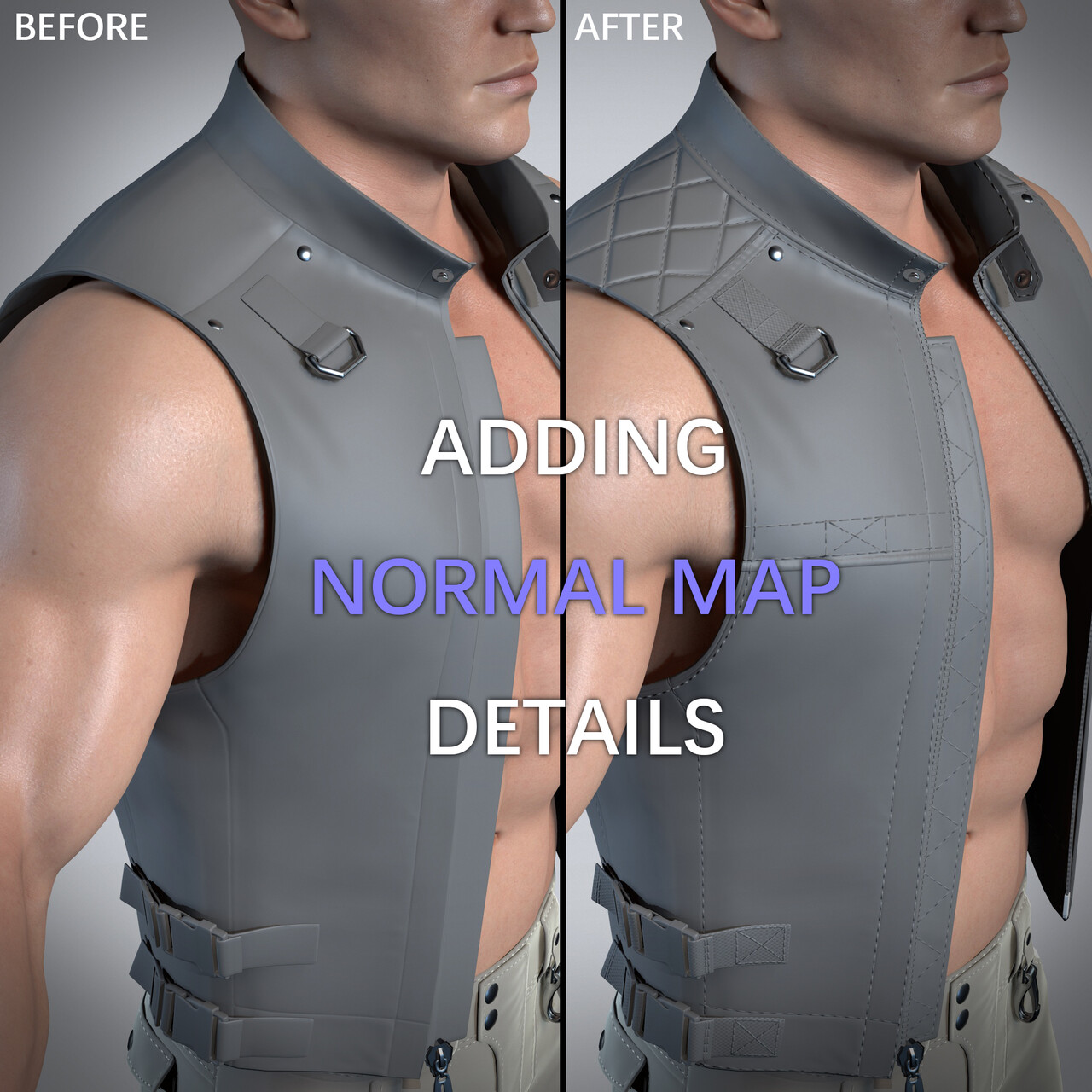 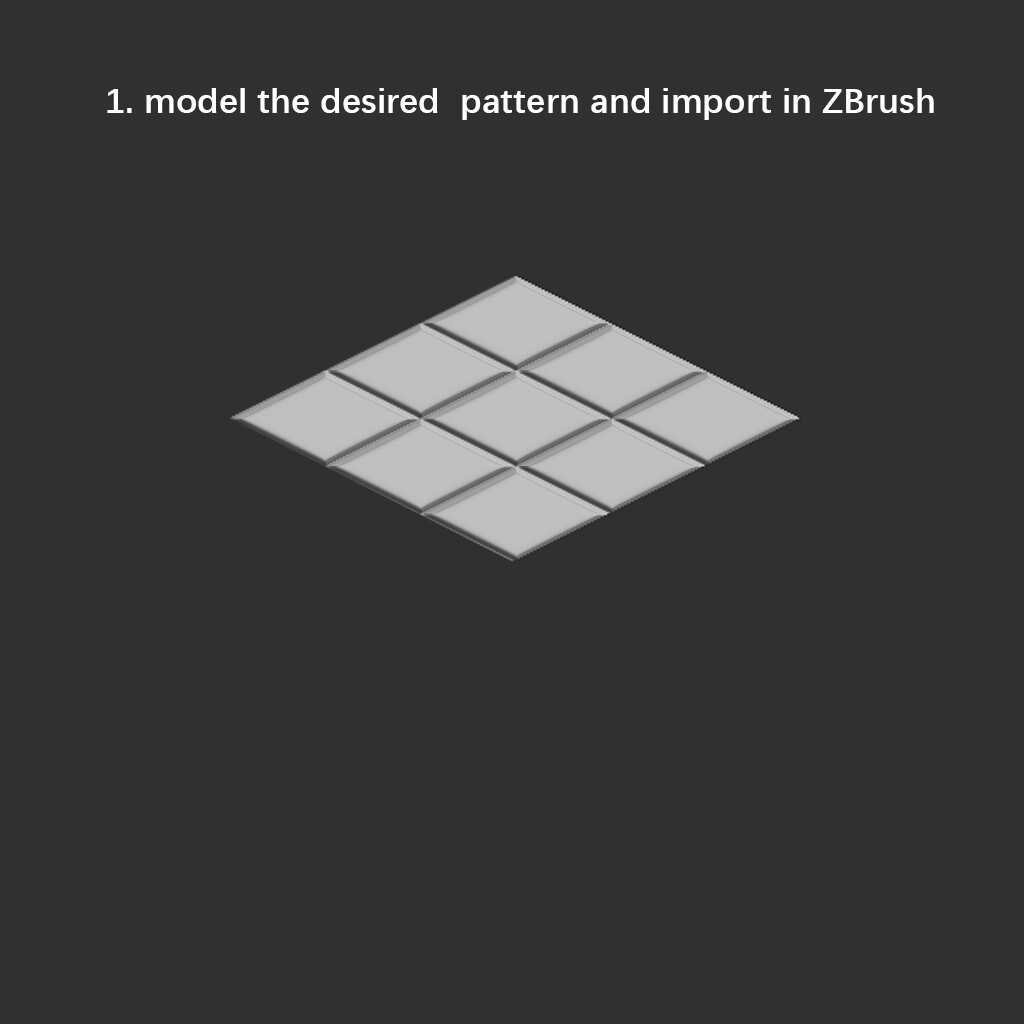 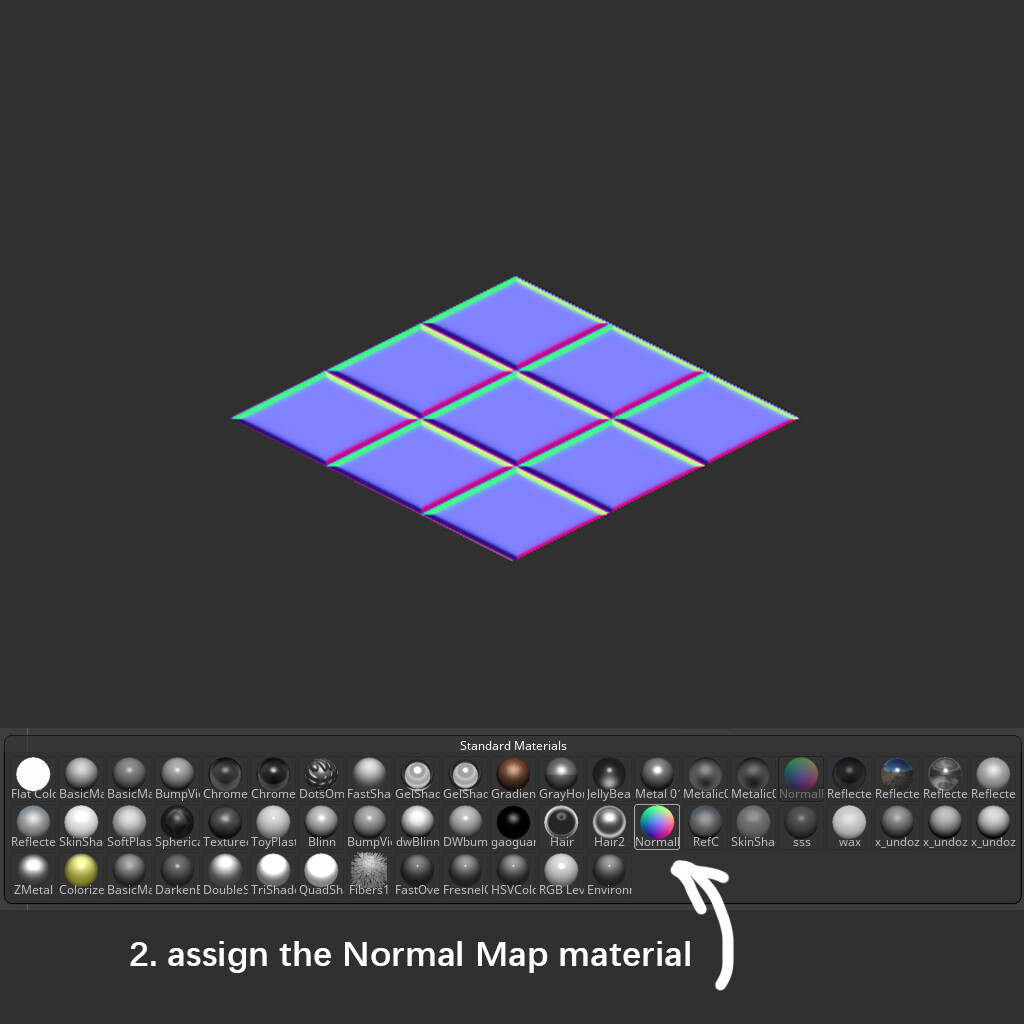 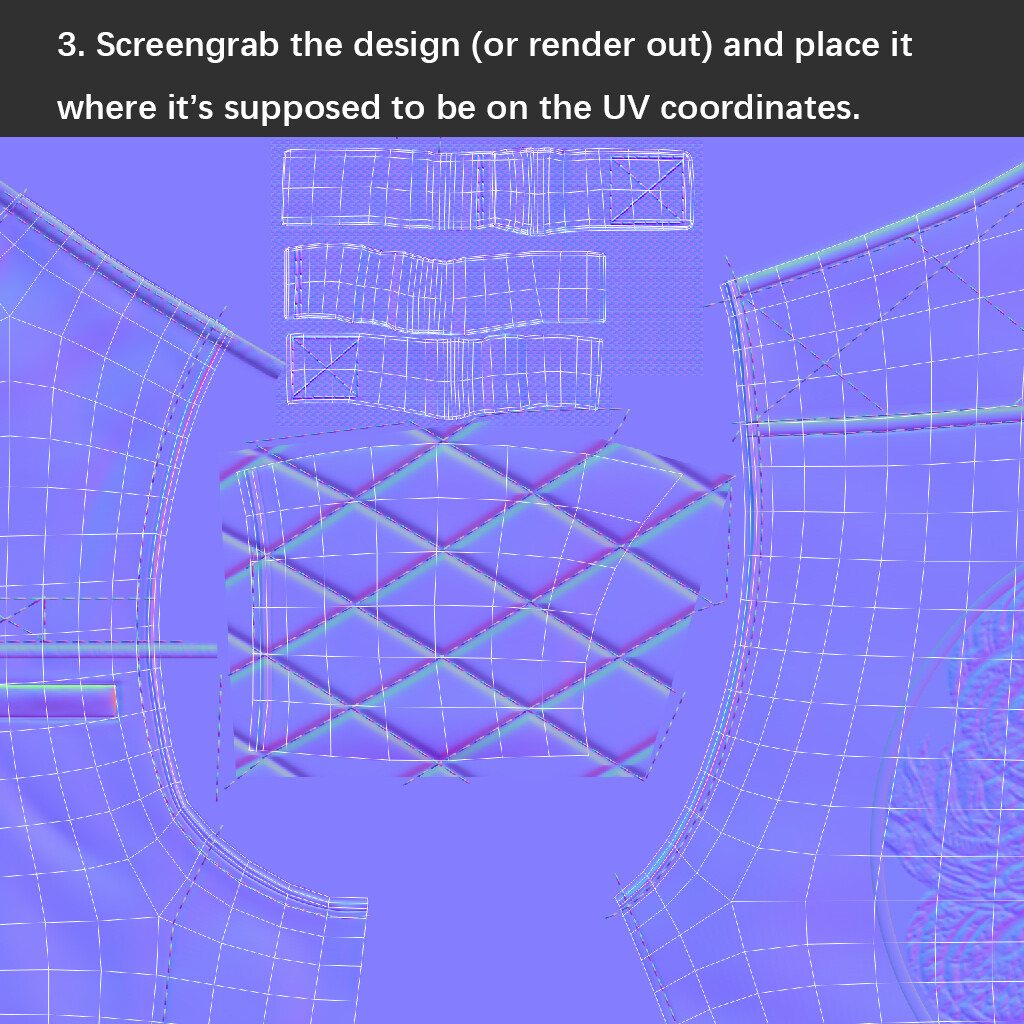 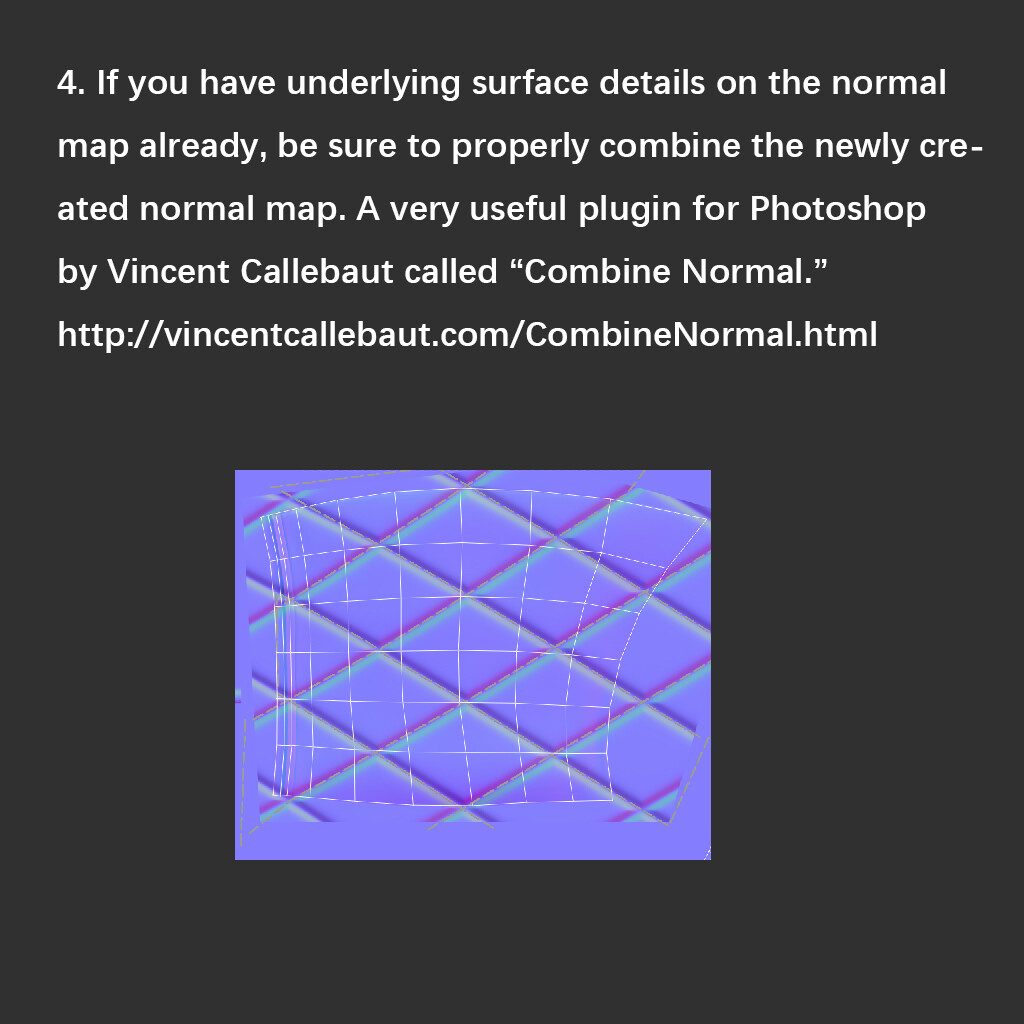 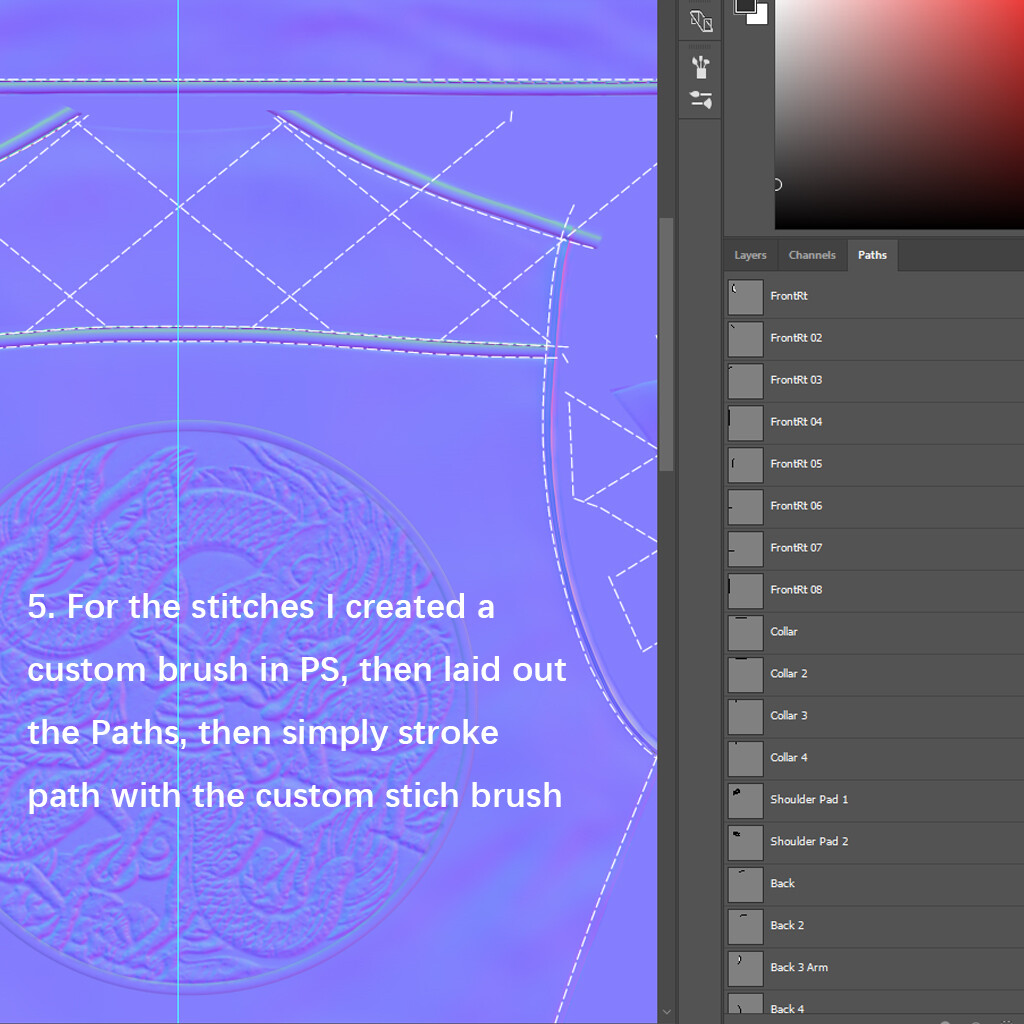 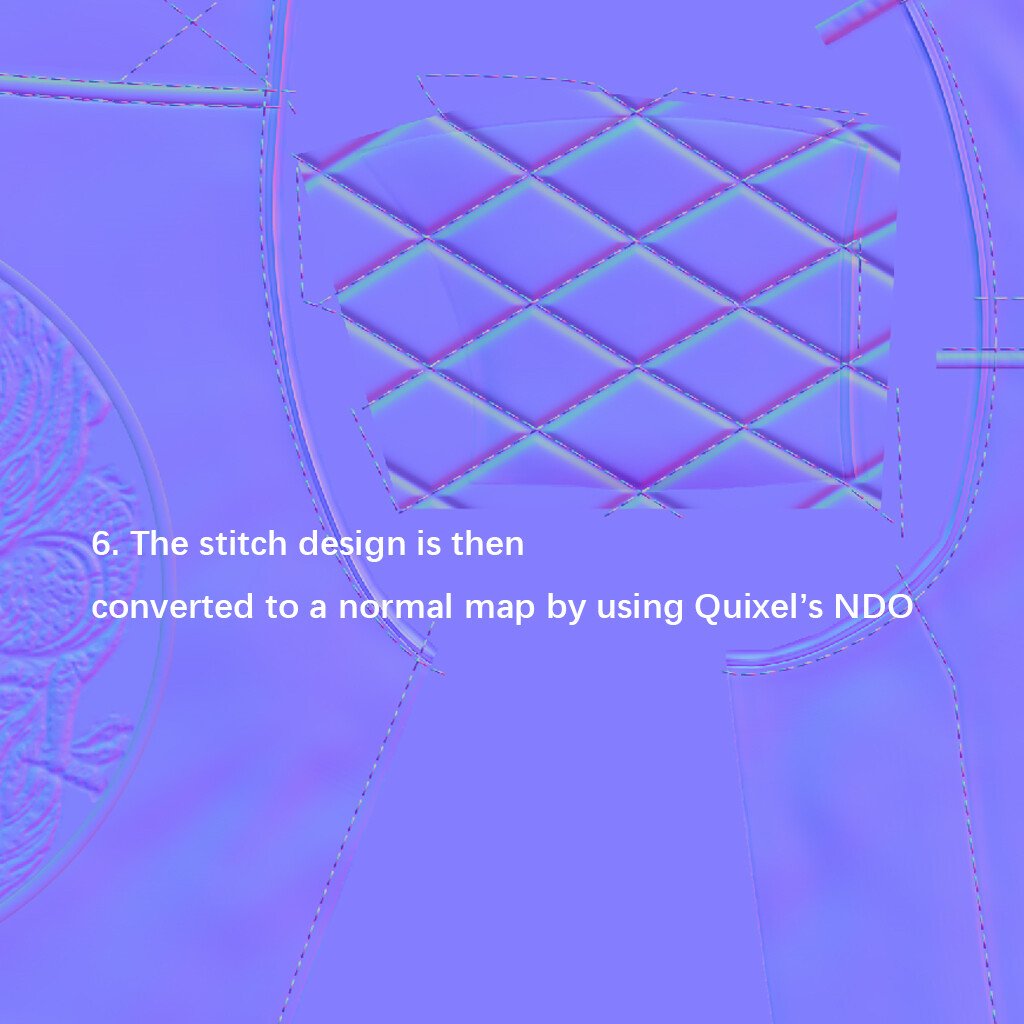 Starting some basic texture blockout. Also, instead of making all the small high poly details in ZBrush (such as stitches, pattern designs, etc) I will be adding them on the clothes the normal maps via texturing. In the next post I'll share my approach to this. 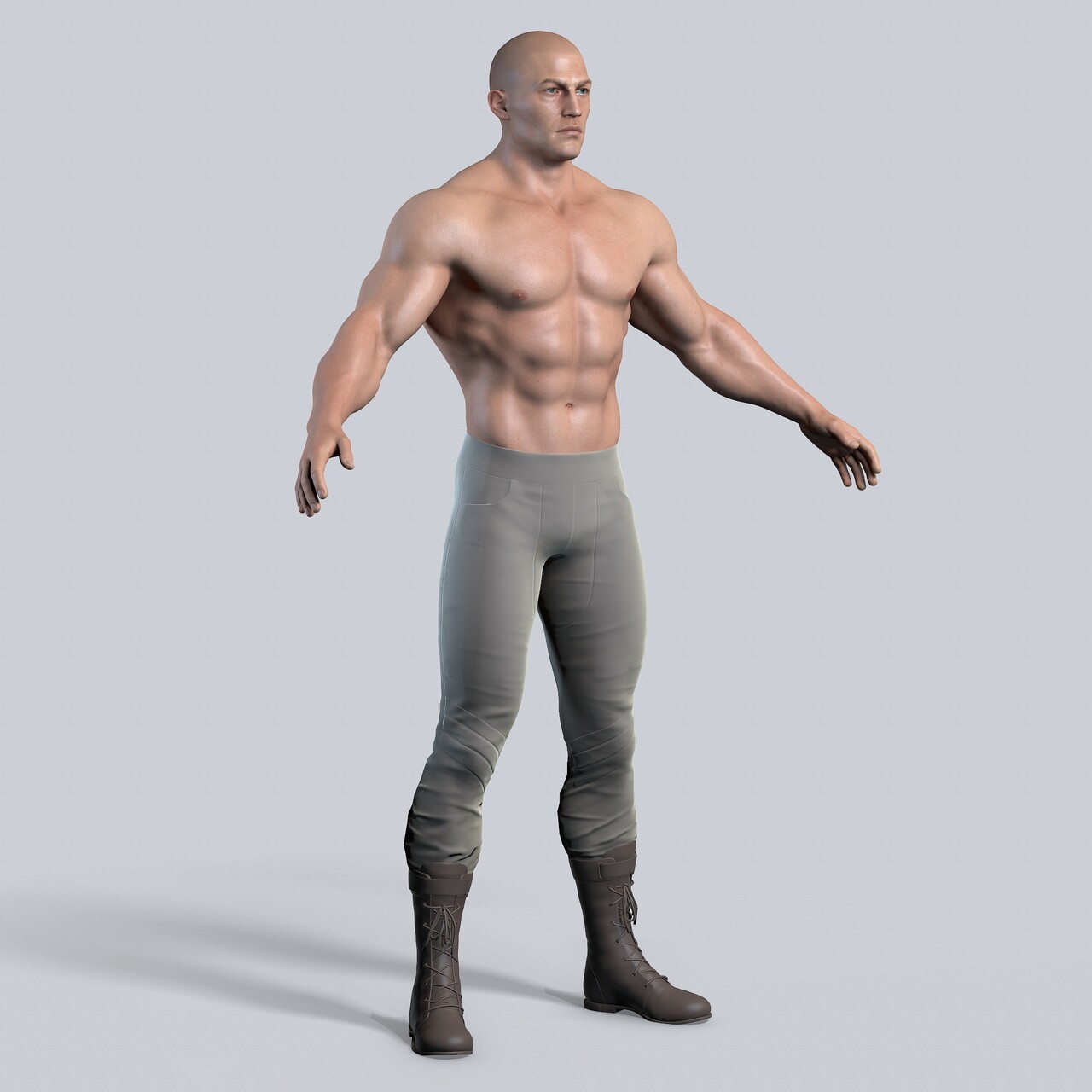 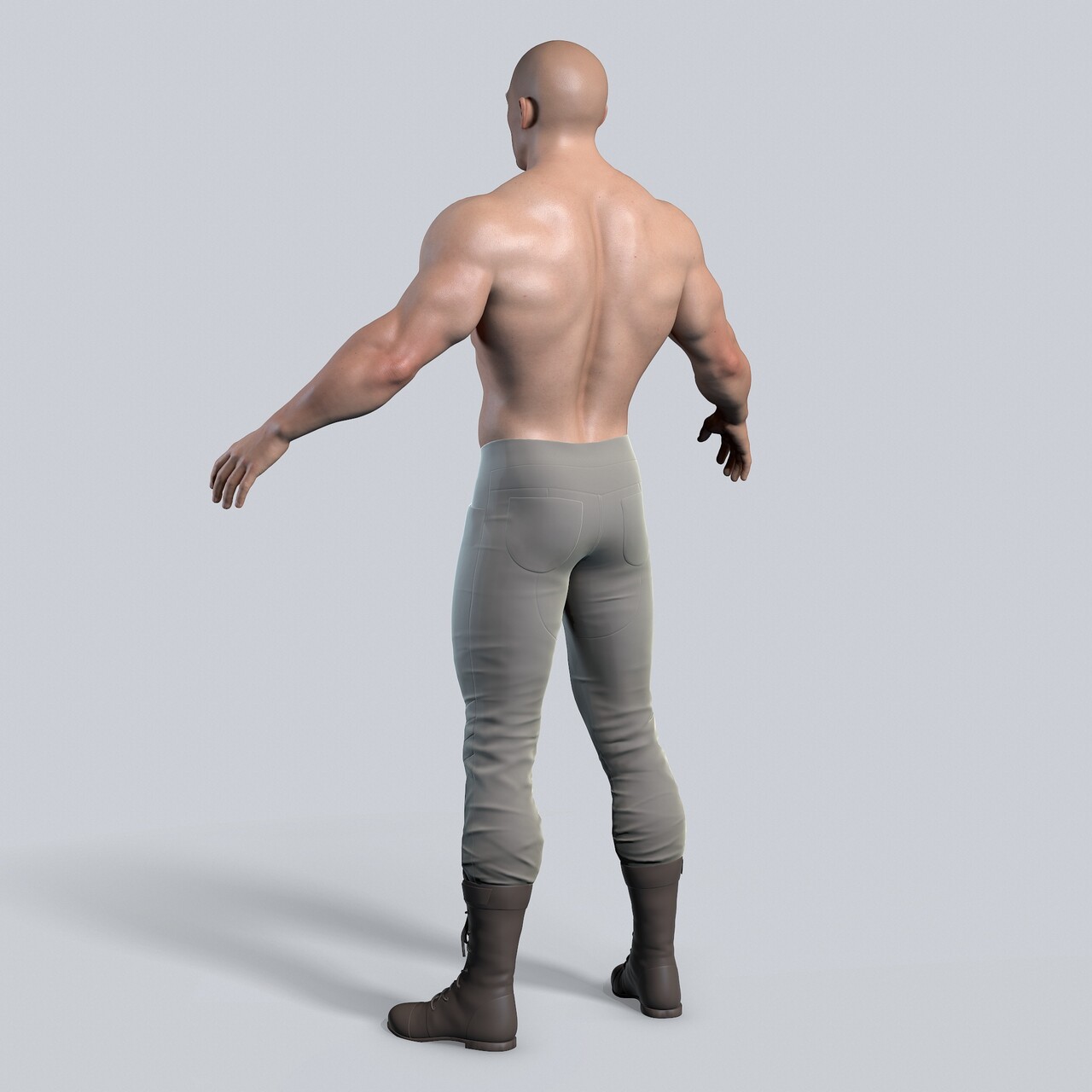 A little more progress on the pants and the vest. Also added the glove, which will be detailed further as well. 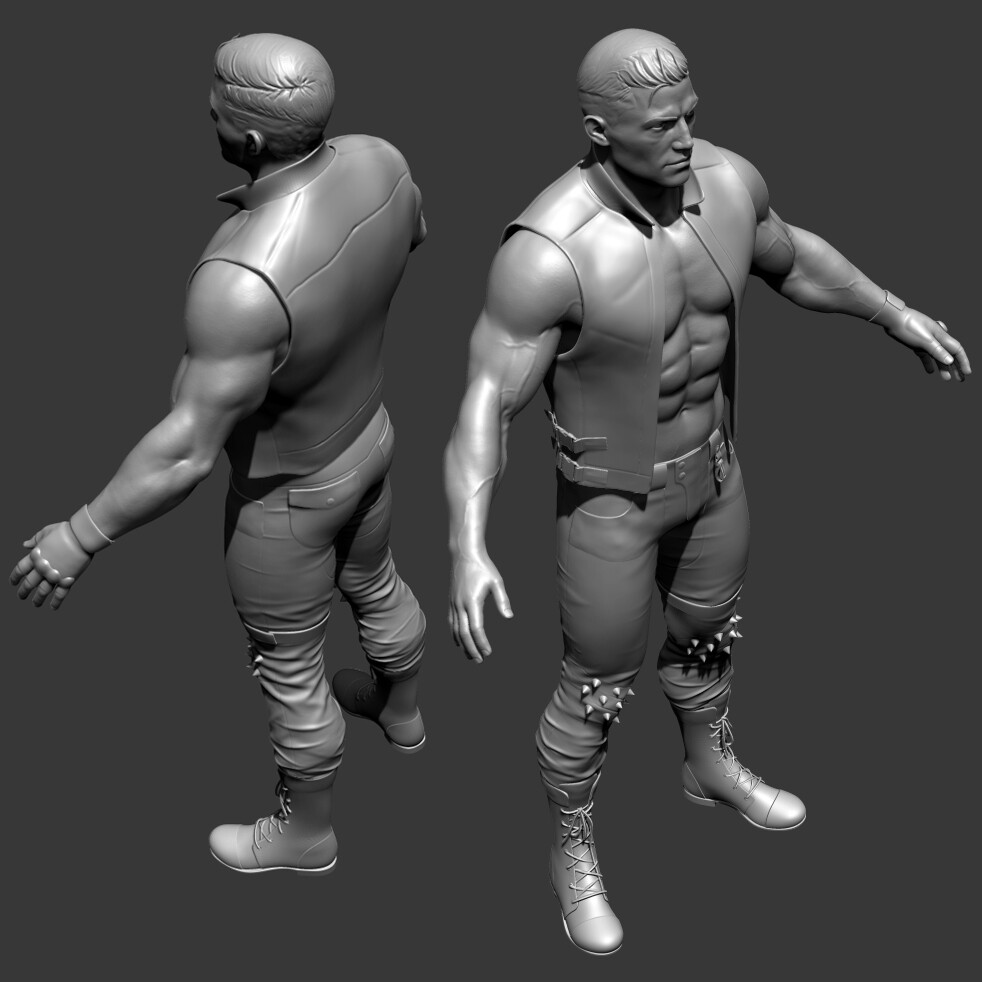